“He is richest who is content with the least, for content is the wealth of Nature” – Socrates

-“Spellbinding and genius” -Sputnik Music. (★★★★★) -“One of the most interesting Galician Folk bands of the last times.” -La Fonoteca -“Impossibly Beautiful” -Noisey -“The colective leaded by Pablo C. Ursusson asserts itself as one of the most honest and emotional voices of modern folk music.” – Teatro Municipal do Porto Rívoli 2020 -“Truly magical” -Oliver S. Tyr/FAUN -“Modern, ancient and timeless. I can’t recommend them enough”. -Steve Von Till/NEUROSIS/NEUROT RECORDINGS -”Master musicianship and perfectly balanced” - Vampster Magazine (★★★★★) -“The fact is that this is probably the best folk album of the year. The beauty of what i was listening to, was something so clear in my mind that it was impossible for me to formulate rational thoughts about it” -Santa Sangre (★★★★★) -“Sangre de Muerdago had to be admired, they have the gift to create an intimate atmosphere even on a large stage.” -Legacy Magazine (Live report, Nov. 2019, Colosseum Theater, Essen

Sangre de MuerdagoFriday, July 9th, 2021 at 10:37am
Samuel Luiz was killed some days ago for loving the wrong type, he was killed for not fitting the norm, he was killed for not hiding his real self. He was beaten to death in Galicia, just a 20 minute walk by the sea from my family's house.
I can't have a glimpse of thought about his murder without feeling my blood freezing and my levels of misanthropy making the alarm sound.

We are for love and liberation, and always for those with a pure heart.

Sangre de MuerdagoThursday, June 10th, 2021 at 9:37am
The shows with Myrkur in Leipzig have been postponed to January 2022.
Sorry for the bad news.

Sangre de MuerdagoThursday, June 10th, 2021 at 8:47am
Back in early 2019, Pablo recorded vocals and hurdy-gurdy for a new Zeresh album as a guest musician in one of tracks.
So here it is now, just got released last month and we hope you guys enjoy it.

Many thanx to Zeresh for the invitation to collaborate in a creative project with such a unique sound and atmosphere.

Sangre de MuerdagoFriday, June 4th, 2021 at 8:43am
From today on, this young lady will be managing the Sangre family (we really need someone responsible and reliable in our collective..).
Surely she'll be helping arrange our new songs among other duties of her own choice soon enough.

No shows booked at the moment. 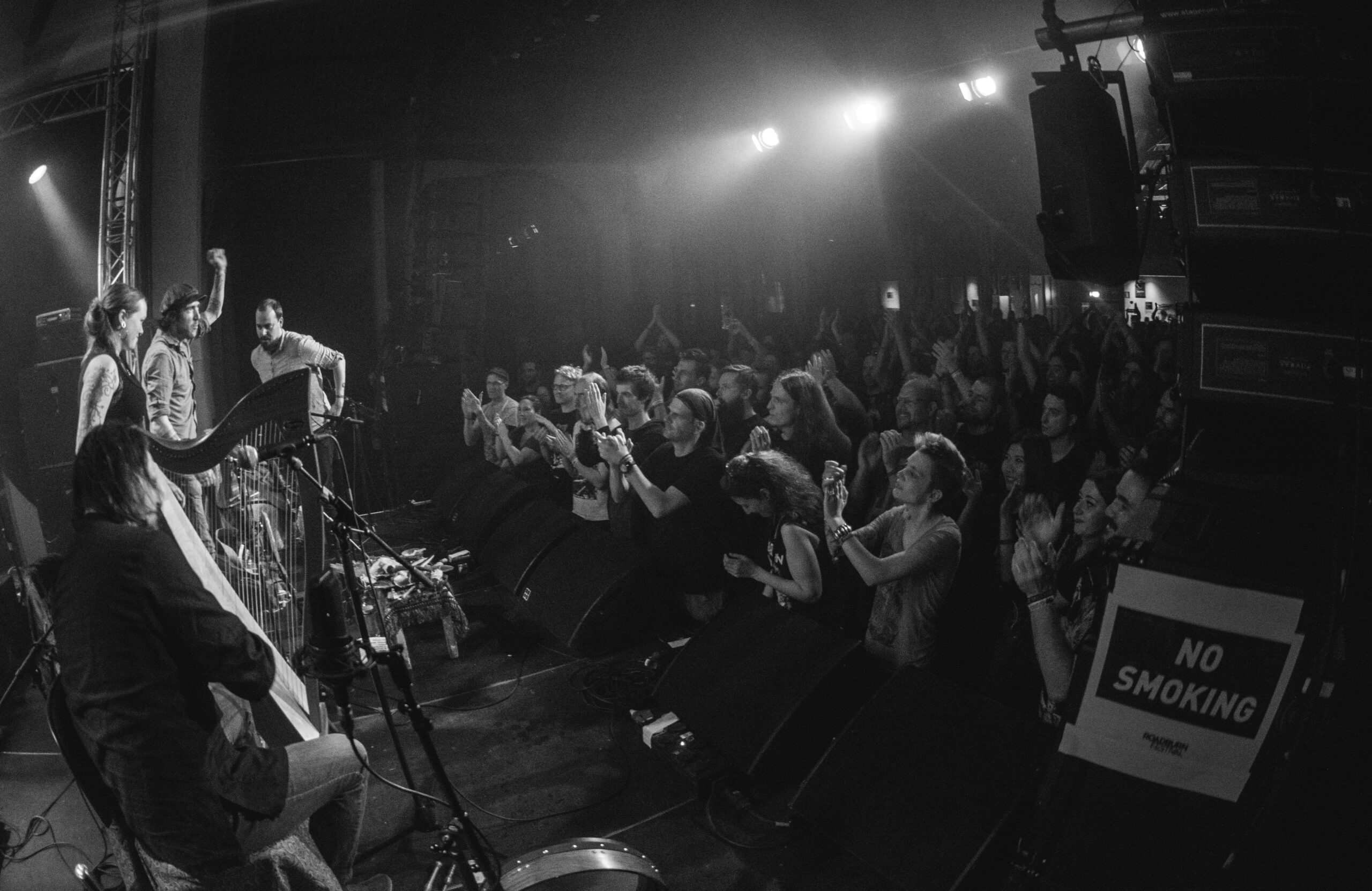